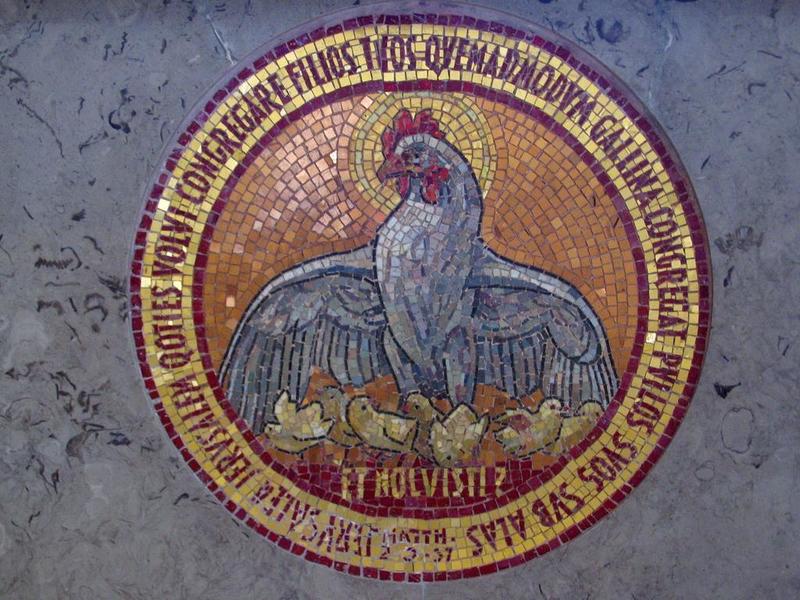 Many people ask me whether I like Vancouver weather. Yes, I like it. I am particularly amazed by the warm temperatures during the winter months. Even though for many of you this may have been the coldest winter in your memory, for me this has been my warmest winter since coming to Canada. While I have been enjoying the warm temperatures, I have been paying attention to the beautiful scenery in our community. About two months ago – I remember it was on a Monday but I was in the office – on that day I became aware that our community had become enveloped in mist. I could not stay inside; I was trying to imagine what it looked like on the coast and in the mountains, so I went to the Spanish Banks beach. The sun was shining over the ocean and the beach but I could not see the North Shore, West or downtown Vancouver. It seemed that the mists had joined heaven and the earth together; the boundary between heaven and earth had disappeared and come near. I felt as if I could walk into the mist and reach into heaven.

This experience reminded me of the concept, “thin places,” a metaphor prevalent in Celtic Christianity. Celtic Christianity flourished in Ireland and parts of Scotland, Wales and northern England and in parts of France, from the fifth century. Nowadays many people around the world people appreciate Celtic Christianity because of its dual earthly and mystical aspects. Its spirituality is being rediscovered and reclaimed in our time not only in Ireland but particularly in the Iona Community in Scotland. The reason I am talking about my mystical experience here about two months ago, is that today is St. Patrick’s Day. I think it is appropriate to reflect on Celtic Christianity in the season of Lent and especially today. If you heard the words for the first time, you might think that “thin places” is a phrase that you would use to describe a fancy health spa where you go to lose weight, or the air on top of a very high mountain. These may be “thin places,” but they are not what I am talking about this morning.

The highly respected contemporary theologian, Marcus Borg puts it this way; we human beings exist in at least two “layers” or “dimensions” of reality – the physical realm and the spiritual realm. In other words, we have the visible world of our ordinary experience on the one hand, and, on the other, God, the sacred, the spirit, the divine, or whatever we want to call that reality. When two layers or dimensions meet each other, “the boundary between the two levels becomes very soft, porous and permeable. Thin places are places where the veil momentarily lifts, and we experience [the divine] in whom we live, all around us and within us” (Marcus Borg, The Heart of Christianity, 155-156).

With this in mind, let us go back to today’s scripture reading. In today’s gospel reading, Jesus is warned to get out of Jerusalem because it is a dangerous place for him and the people. How dangerous? In the story told by Luke, there are images of small yellow chicks and at least one fox. Some chicks have already been caught by the fox. Others are huddled out in the open where anything with claws can get to them. And the mother hen is clucking for all of them. Most of the chicks cannot hear her, and the ones that do make no response. They no longer recognize her voice. They have forgotten who they are. It is a very dangerous situation for the chicks.

In this story Jesus calls Herod, a fox and identifies himself as a mother hen. A mother hen opens her wings wide to protect the chicks who are in danger. She calls her children to shelter under her soft and warm wings. How do you respond emotionally to this image of Jesus? Do you think the chicks are safe? Do you think the mother hen is safe? There is a tremendous risk for the mother hen in extending her wings as she confronts the fox. But she would rather give up her life than abandon her children to the wiles of a fox, to that fox, Herod.

In the season of Lent we are reflecting on Jesus’ journey to Jerusalem. Jerusalem is the traditional dwelling place of God so it is a glorious place. But Jesus is making his way, step by step, to Jerusalem, where suffering and death await him. He is journeying to Jerusalem where the colonial power is waiting for him. He does not avoid this painful yet necessary journey.

I am curious about why, according to this passage, Jesus chooses the image of a hen, particularly when we consider the environment – where the fox is dangerously near the chicks and the mother hen. But a hen is what Jesus chooses and he becomes a mother hen to protect her children. I think he takes on the image of a hen in order to protect the people from the colonial power – Rome and the religious elites – to reveal God’s love and compassion. Opening his arms wide, Jesus becomes a mother hen, standing between the chicks and the fox. He does not have anything to protect himself; a hen has no fangs, no claws and no rippling muscles. All she can do is to open her arms like a hen shields her babies with her own body. The posture of open arms is the most vulnerable posture in the world. There is no protection when one’s arms are spread and the chest is exposed. But only when we become vulnerable, only then can we embrace each other. When the fox, the Roman colonial power and religious elites, wants him, Jesus has nothing to protect him.

So, it should not be a surprise that later in the story of Jesus we find him on a cross. On the cross his arms are spread and his chest exposed. No one is found under the cross. It is so sad, it breaks our hearts, but if we believe Jesus is like a mother hen and we are like the chicks, we may also grow up to be like that a mother hen who opens her wings wide for those around us.

Now I come back to the place where I began. “Thin places” are where the boundary between heaven and earth disappears and God comes near and close. We feel God is in us and among us. As followers of Jesus, just as Jesus embraces us, when we open our arms wide toward each other, we embrace the vulnerable in God’s world. When we open our arms to the other, the moment and place become “thin places.” As we make our Lenten journey, I offer St. Patrick’s prayer.

May the strength of God pilot us.

May the power of God preserve us.

May the wisdom of God instruct us.

May the hand of God protect us.

May the way of God direct us.

May the shield of God defend us.

and the temptations of the world.

May Christ be with us,

May our salvation, O God,

be always ours this day and forevermore.  Amen.

Quiet Reflection for during the Service &Group Discussion for Lenten Companionship

It is through her vulnerability that a mother hen is able to protect her chicks. Think about those who are vulnerable in our society. How we can embrace the vulnerable?

Sign the “Pastoral Letter of Support, Solidarity and Commitment in Light of the Attacks on Two Mosques in New Zealand.” Show your support sisters and brothers in Muslim community in visiting local mosque and/orstopping in local business run or staffed by Muslim to voice your support.