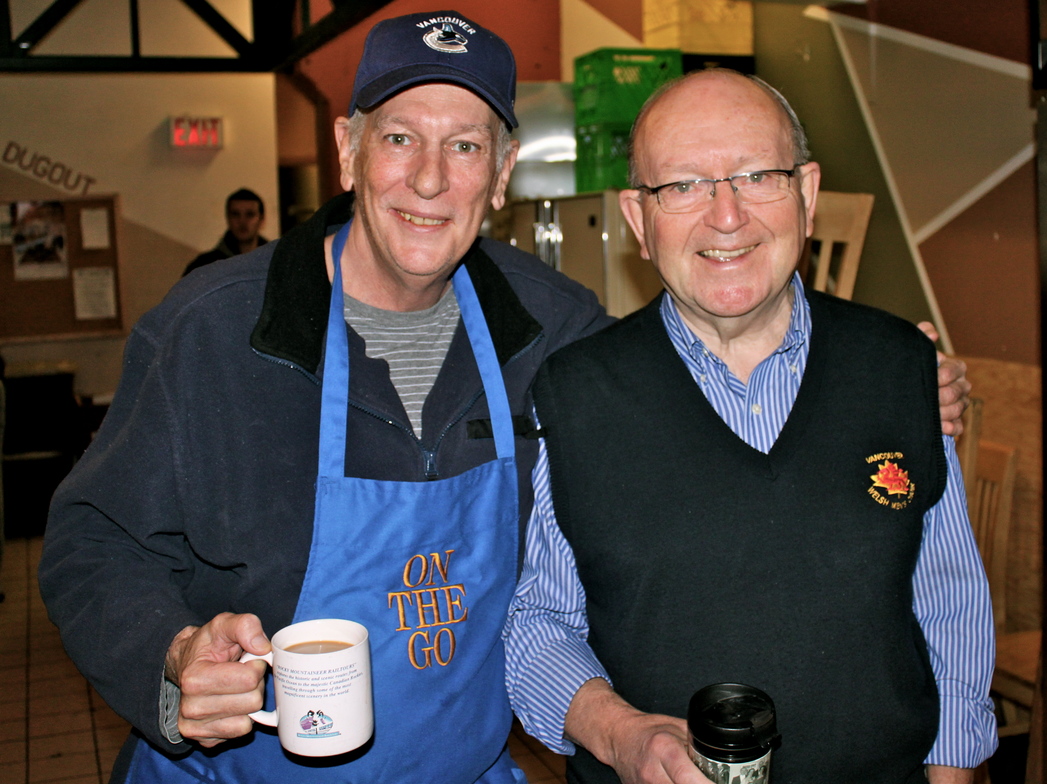 Rev. Bob Burrows can still be found handing out hot coffee and soup to residents of the Vancouver's Downtown Eastside, 50 years after he had the idea to open The Dugout.

The Dugout, located on Powell Street and open seven days a week, has become a hub for the community, with nearly 600 people dropping in each day. On Thursday, there will be an open house to celebrate the 50th anniversary.

"While lots of things change, the fact that there is a low-barrier place where anybody can come in and keep warm and have a cup of coffee and a snack during the day — that has been constant," Burrows said.

Burrows was a minister at First United Church, a couple of blocks away, when he opened The Dugout in 1967.

"The Dugout started partly because I came back from a six-week training course in Toronto and one of things we had to do was to live on the street in Toronto for three days and two nights," he said.

Burrows said the temperature dropped to –30 degrees and when he returned to Vancouver he realized the community could use a place of refuge for people to escape the cold.

"I said ... 'We still don't have any place in downtown Vancouver for people on the street and living in these tiny little rooms to come and have coffee and watch TV and maybe visit with their friends."

Within a couple of weeks, he found the space — a warehouse — and opened up.

Burrows says that donations from the community and volunteers are integral to the operation.

"One of the reasons that The Dugout has survived, there's always been volunteers," he said.

Burrows says many of the people who use the service begin to volunteer with them, and often begin transitioning back into the workforce.

"Because their self esteem has been revived or restored, and that was happening 50 years ago and it's still happening now."

Charles Lockwood, the assistant manager, was one of those people who came for soup, started volunteering and now works there.

"It's a good alternative for people ... a healthy alternative to walking around downtown all day," Lockwood said.

"We got cards and board games and good company, good conversation … it's a good haven."