Moderator's Easter Message: Be A Verb 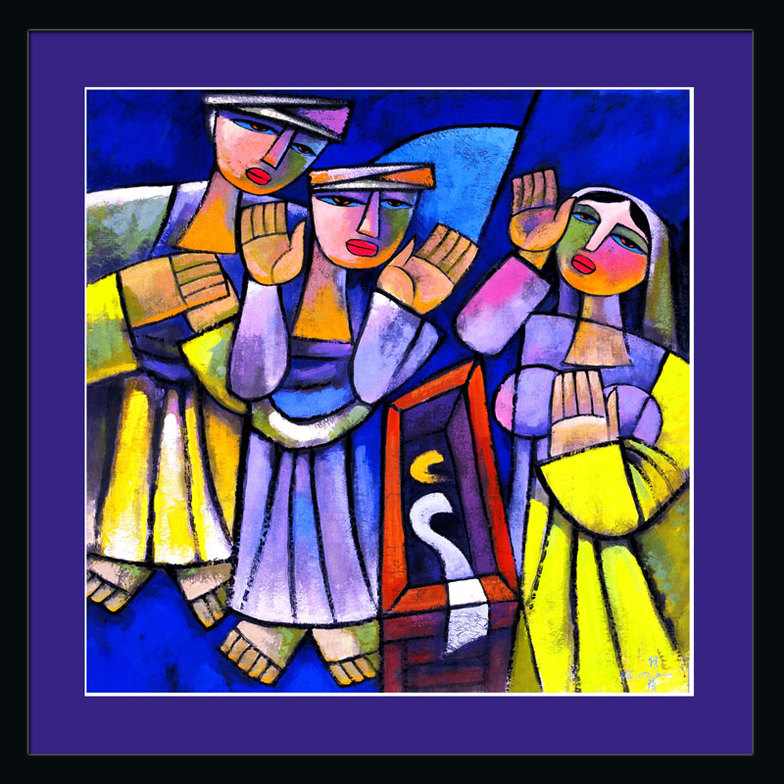 Recently I heard the story of an 80-year-old artist living in Prince Edward Island, still full of energy and creativity, involved in the community, in her art, in life. Frequently, at the end of a conversation, instead of offering an ordinary, “Goodbye, have a nice day,” she was known to say, “Be a verb!”

I like that! Be a verb. Sounds like a fine Easter greeting. Engage, get going, don’t be afraid, take a risk, be active, and embrace life. Be a verb.

It reminds me of how the poet Gerard Manley Hopkins turns the noun “Easter” into a verb, as in, “Let Christ Easter in us, be a dayspring to the dimness of us…”

So this year, don’t just celebrate Easter with sunrise worship or full-on organ hymns like “Jesus Christ is Risen Today”—oh, do that for sure—but then be Easter; be a verb.

It seems to be what happened to those first disciples.

Once they encountered the risen Christ they became newly alive, full of energy. They became verbs, running off to tell everyone they met about what has happened. Notice how many “Easter-appearance” stories turn into “sending-stories,” “be-a-verb” stories. Mary Magdelene ordered from the garden to tell her fellow disciples, “I have seen the Lord.” Cleopas and his friend racing back from Emmaus, full of good news. The great commission in Matthew’s gospel, “Go therefore and make disciples of all nations.” Or the great commandment at the end of John’s gospel, “Feed my sheep!” Verb stories, all of them!

Now this could become a bad news message real fast. You’re feeling tired, discouraged, worried about the United Church’s future, your congregation’s future, your own future, for that matter—and here is a cheerful voice urging you to just be a verb, all will be well. Right!

Which is why the “Easter-slash-quiet-Pentecost” appearance story in John’s gospel is one of my favourites.

The disciples are still huddled in an upper room, fearful, without hope. The last thing in the world they feel like doing is turning to each other, saying, “Be a verb.” But then Jesus appears and orders them into action: “As the Father has sent me, so I send you.” However, he follows the command with the gift: “He breathed on them and said to them, ‘Receive the Holy Spirit.’” And that’s when it happens—the disciples are filled with life, with hope.

Who knows what the future holds; the specifics aren’t revealed. Maybe the church will flourish; maybe not. Maybe the disciples will end up hiding in catacombs, with crucifixion a constant threat. Or maybe they will heal the sick, free the prisoners, bring sight to the blind, feed the hungry…who knows? But sometimes I imagine Jesus leaning towards us, just like that 80-year-old woman in PEI, whispering, maybe on occasion even shouting, “Be not afraid; let God Easter in you, in your church. Be a verb.”